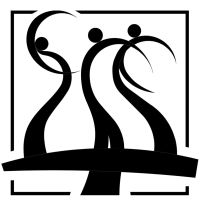 IN A SEA OF THINGS

The Berlin artist Philipp Sonntag, also known as Adi Stadler from the German tv-series “Lindenstrasse”, deals in his works with the current topics of our society. Sometimes loud, sometimes quiet, sometimes gloomy and chaotic, sometimes colorful and full of life – Philipp Sonntag brings the naked truth to light: the progress, the technology, the apparent prosperity of the industrialized countries, but also the environmental sins, the poverty and the fear of the other and different.

In a world of selfish consumption – in a “sea of things” – Sonntag sees matriarchy – the cradle of creation – as an answer to the destructive patriarchy marked by greed for power and asks in his pictures: “What if?”

What if matriarchy instead of patriarchy had shaped our society over the past millennia? What would have become of Mother Earth?